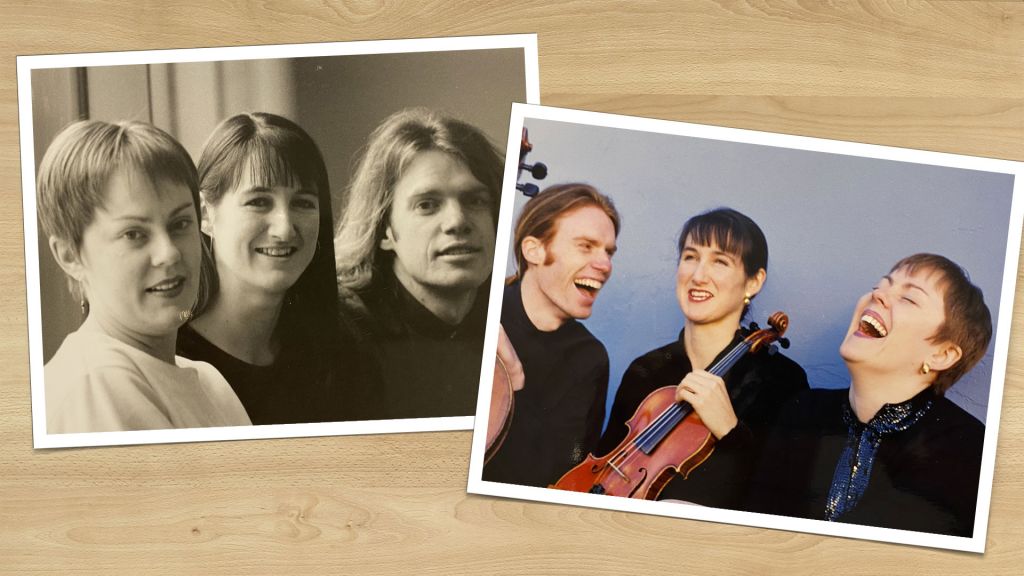 Justine and James have known each other their whole lives, having grown up across the street from one another. Their families became close friends, and all the children were involved in music together at the Christchurch School of Instrumental Music. Since that time James and Justine have remained close friends throughout their diverse careers. Ever the innovator, Justine dedicated her energies to nurturing and promoting the best of New Zealand arts and music through her performances with NZTrio. James on the other hand, moved in completely the opposite direction, as his fascination with the freedom and energy of baroque performance practice led him to work with many of Europe’s top baroque orchestras and ensembles.

Sarah first teamed up with Justine when they were both at high school in Christchurch, playing chamber music together through the CSIM.  Their careers have been tightly intertwined ever since, most recently as founding members of NZTrio. Sarah and James have also performed together through their careers – their first outings for CMNZ was as a duo in 1996 -  and all three musicians gave their first concerts as a trio in 1997.

Needless to say, they are thrilled to be back playing together for this very special CMNZ tour.