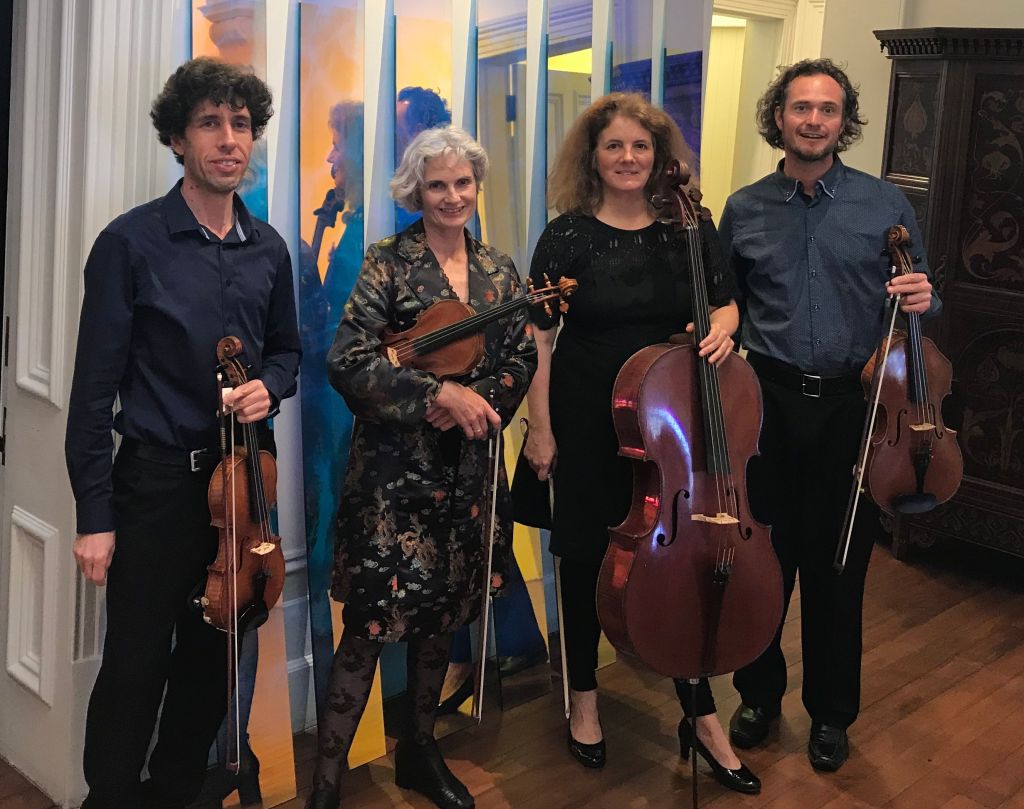 William Hanfling (violin ) is Sub-Principal of the 2nd Violins for the APO, and has been a permanent member since 2002. He received his BMus (hons) and MMus with Mary O’Brien at Auckland University, and post-graduate diplomas from The Royal Northern College of Music in the UK studying under Christopher Rowland. William has worked with a number of orchestras, including the London Soloists, the Royal Liverpool Philharmonic, the New London Sinfonia, and the Chameleon Arts Orchestra, and is a founding member of JSQ.

Robert Ashworth (viola) is Prin­ci­pal viola for the Auck­land Phil­har­mo­nia Orches­tra. He has been guest-principal viola for the Sydney Symphony, Mel­bourne Sym­phony, New Zealand Sym­phony Orches­tra and the Aus­tralian Opera and Bal­let Orches­tra, as well as assistant-principal for the Cal­gary Phil­har­monic Orches­tra. He also plays with the Australian World Orchestra. Robert has appeared as soloist with the Auckland Philharmonia Orchestra performing Anthony Ritchie's viola concerto no. 1, world premiere of Ross Harris's Aria as well as performing Mozart's Sinfonia Concertante. He has also performed as soloist with the Auckland Chamber Orchestra, and St. Matthew 's Chamber Orchestra. He has recorded for Atoll and Rattle labels as well as many performances recorded for Radio New Zealand.
Robert plays a 1995 John Newton "cut-away" viola.

Edith Salzmann (cello)  A student of Janos Starker, German cellist Edith Salzmann is in high demand internationally as a teacher, soloist, and chamber musician. She is a Senior Lecturer in Music at the University of Auckland and the artistic director of the Pettman National Junior Academy and the International Akaroa Music Festival She has been a member of many major ensembles, including the Tibor Varga Chamber Orchestra, the Corda String Quartet, and the Musikfabrik Duesseldorf; She has recorded for the Stradivarius and Atoll labels, and given masterclasses in countries across the globe.