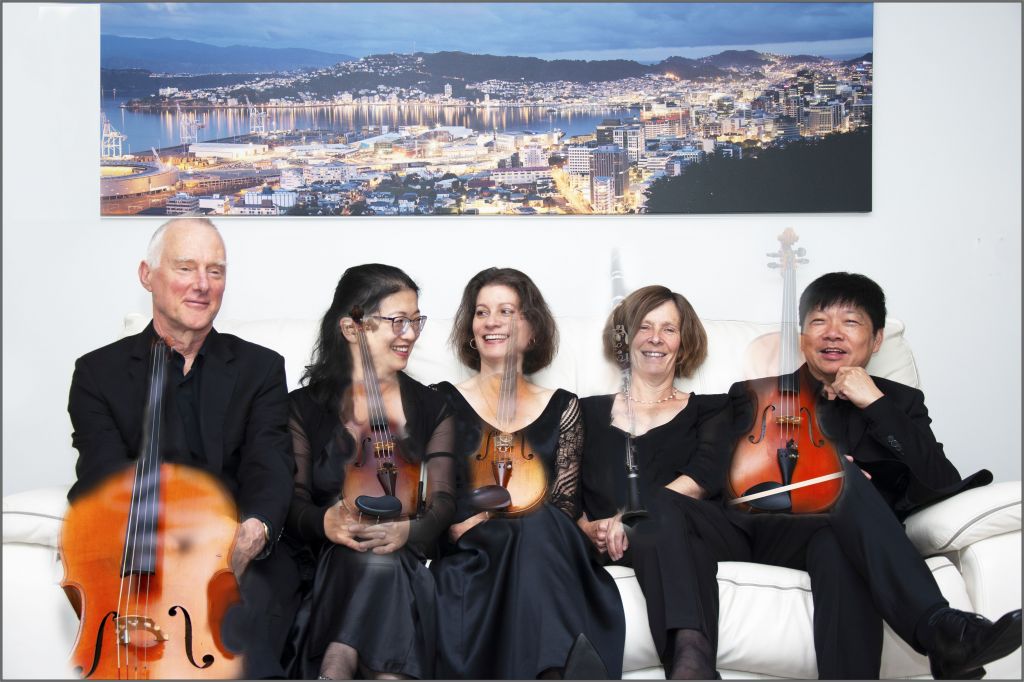 Aroha String Quartet
Acclaimed as demonstrating "accomplished brilliance, soulfulness and sublime intensity in perfect balance and tonal unity" (The Dominion Post), the Aroha String Quartet is firmly established as one of New Zea-land's finest chamber music ensembles. Founded in 2004, this versatile Wellington-based quartet is known for its passionate musicality, impressive technique, and multicultural innovation.
Haihong Liu and Zhongxian Jin are original members of the Aroha Quartet. Robert Ibell joined the group in 2009 and Anne Loeser, who is also First Violinist of the NZSO, joins the group this year. The Aroha Quartet is committed to presenting string quartet works from western classical and avant-garde repertoire to traditional Chinese folk music, as well as works for larger forces through collaborations with numerous high-profile musicians.
The Aroha Quartet performs regularly around NZ in centres from the Deep South to the Far North. In 2014 they performed five concerts as part of Chamber Music New Zealand's Kaleidoscope series. Overseas trips have seen them participate in the prestigious International Summer Academy in Austria in 2010, give concerts and masterclasses in China in 2010 and 2013, and perform at the Huntington Music Festival in Australia in 2011. In 2019 they covered seven New Zealand centres with twelve concerts of their Metamorphoses and Unbound programmes. In the first half of 2021 they will perform their Flight programme in five centres.
The members of the the Aroha Quartet are committed educators. The Quartet runs the annual ASQ International Music Academy, a week-long chamber music course in Wellington, and the ASQ International Music Academy in Asia, an equivalent course in China. They also undertake a variety of educational projects around NZ each year.

Rachel Vernon - Clarinet
Rachel Vernon has held the position of Principal Bass Clarinet in the NZSO since 1995. She has
recorded for Radio New Zealand and Re-Sounz and performed as a soloist with the Wellington Chamber Orchestra and the Manawatu Sinfonia. Rachel studied in London with Antony Pay and freelanced with orchestras including Bournemouth Symphony Orchestra, the Royal Liverpool Philharmonic and Scottish Opera Orchestra. She was Sub-Principal clarinet with the NZSO from 1989 to 1991. In 2016 Rachel joined the Zephyr Wind Quintet in a series of concerts featuring NZ composers including the premiere of a new work by Leonie Holmes.